An old story of a bug I uncovered and reported to Razer’s vulnerability disclosure programme resurfaced recently while I was chatting with Linus Särud. Back in 2017, I uncovered a snippet of JavaScript code on deals.razerzone.com which handled redirection after a user logged in.

Besides the obvious open redirect due to a lack of validation of the redirect endpoint (rurl), this code was vulnerable to DOM-based XSS.

Setting the window.location.href property to a javascript: protocol URI will execute JavaScript code in the context of the target web application. Something as simple as https://deals.razerzone.com/?rurl=javascript:alert(document.domain) would prompt the user with an alert message displaying the current page’s document.domain. 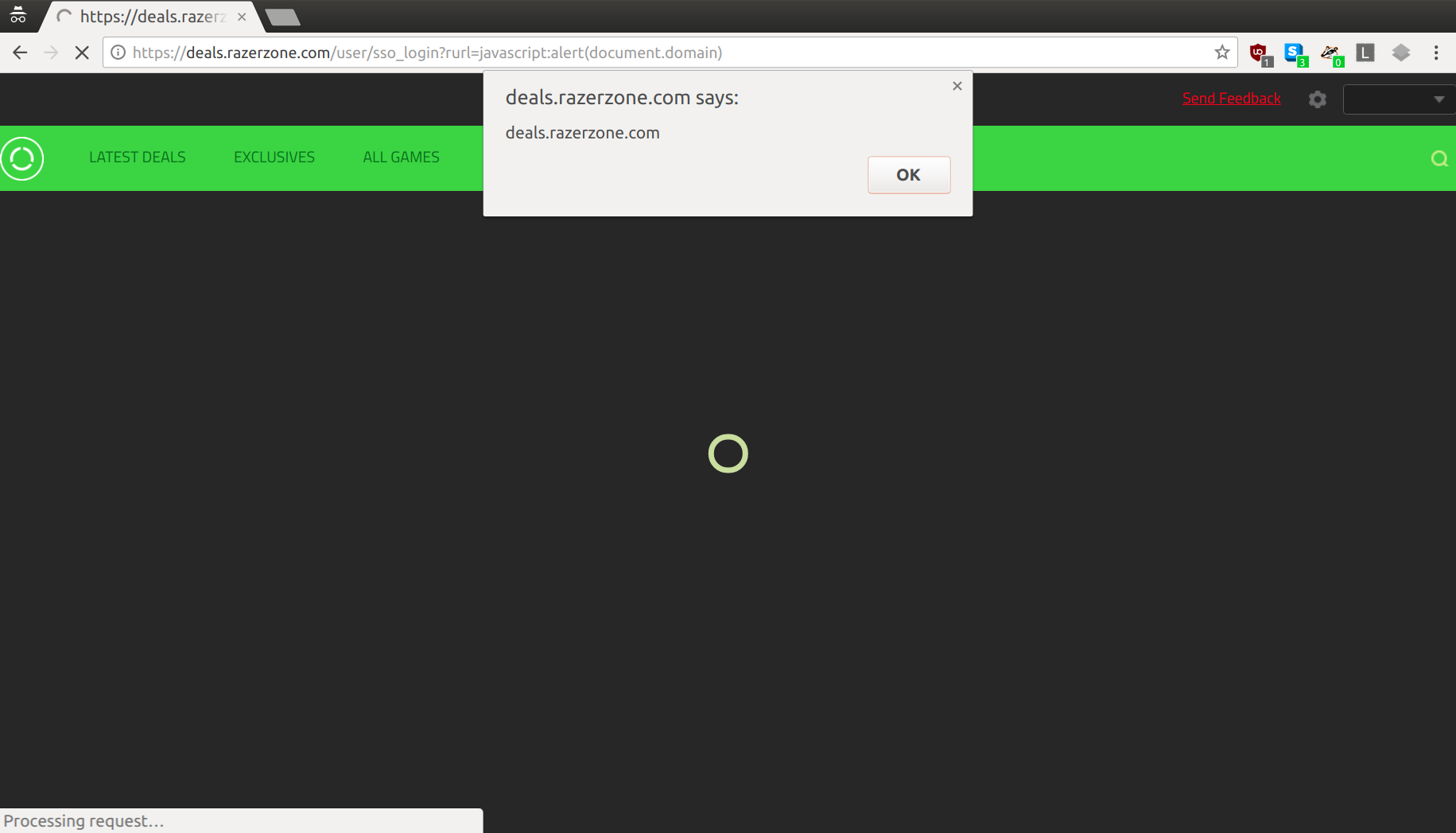 Razer attempted to patch the vulnerability with the following if statement.

Author’s note: Before continuing to read beyond this point, I encourage the reader to play around with the code and determine if the validation can be bypassed. Please feel free to respond to this tweet with your bypass.

Skimming through the code above may provoke the reader to ponder why a developer would write such code. Most literature on good coding practices will mention something along the lines of “good code should not have any surprises”. More importantly, the purpose (the “why?”) of an important piece of code, such as the one highlighted above, should be documented in some form. Even better yet: if possible, the code should document itself. 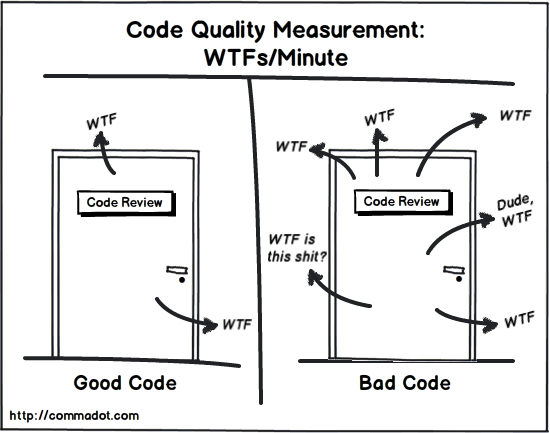 The attempted patch by Razer failed on all accounts. Why parse rurl manually rather than rely on the built-in URL API? What do all the nested split() methods extract from rurl?

When performing code review, I like to better understand what might have been going through the developer’s mind. In other words, we need to determine the purpose of the code above and answer the “why?”.

It appears the developer was attempting to determine if the trusted URL was present in rurl and if the hostname in rurl matched their trusted host (deals.razerzone.com).

Unfortunately, this validation could be bypassed in several ways. The indexOf() check in (1.) merely required https://deals.razerzone.com to be present somewhere in rurl; not strictly at the beginning of the string. Step (2.) would extract the hostname after the first occurrence of ://. So rurl could still start with javascript:. However, ://deals.razerzone.com/ would have to appear at some point in the payload before any further occurrence of ://.

As the syntax highlighting in this snippet below gives away, // is treated as a single-line comment and therefore comments out the deals.razerzone.com/ portion of the payload.

Next, we needed a way to break out of the single-line comment and append JavaScript code. I learnt a trick for this from Gareth Heyes: JavaScript treats the U+2028 Line Separator character as a line terminator which results in a newline. 1

That all being said, any form of line terminator would have worked here including line feed (%0A) and carriage return (%0D). I like the U+2028 trick because I have encountered situations where newlines were stripped and I needed to bypass this behaviour using U+2028.

Finally, to bypass the indexOf() check in (1.), one could append https://deals.razerzone.com to the end of the payload and comment it out so as not to affect the alert() call. 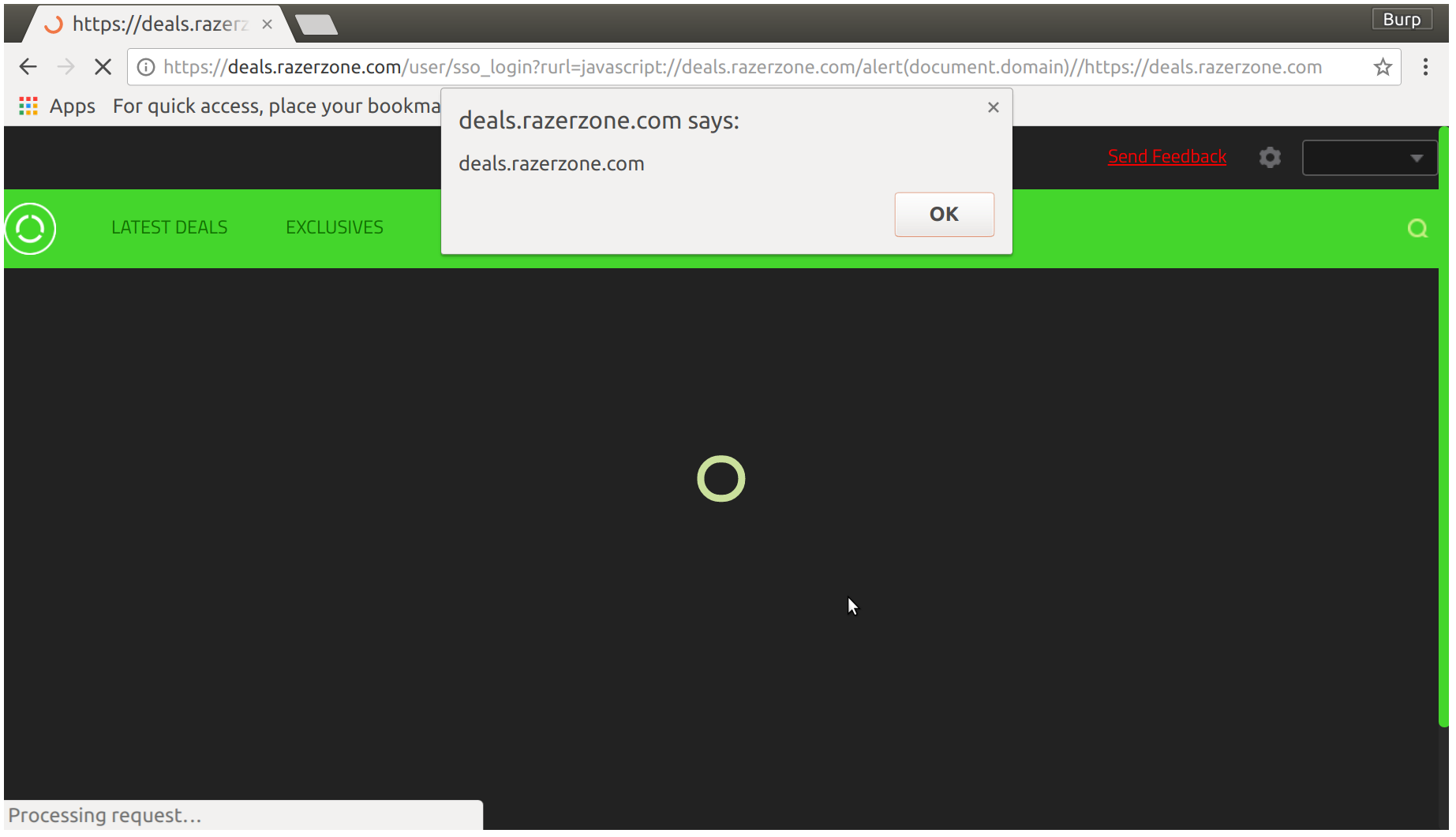 However, this quick fix does not solve the problem of confusing future readers. In addition, the code is incredibly brittle and not future-proof. We are relying heavily on / at the end of the siteURL. Remove the final / from siteURL and the whole fix falls apart. This approach feels more like a “hack”.

A more adequate fix using the URL API may have been:

This solution explains why the if statement is needed, references the HackerOne report which provoked the code changes, and does not have any surprises lurking amidst the depths of nested split() methods. A developer reviewing this code in future does not have to step through the split() method calls as described in (2.) to figure out what is going on under the hood.

Further, @filedescriptor noted that this implementation also addressed the way Razer were initialising rurl to location.hash. Parsing the rurl from the URI using Razer’s approach could have led to difficulties with URI fragments (i.e. /#rurl=)—an approach that would have allowed an attacker to conceal the XSS payload from firewall rules and server logs. 2

The more refined solution would probably have been to set location.href to 'https://deals.razerzone.com/' + rurl, where rurl = new URL(rurl).pathname. Then, no matter what was supplied via the rurl GET parameter, the client would always redirect to an endpoint located on deals.razerzone.com. This would have spared us having to write any validation.

Part of the aim of this blog post was to illustrate how I incorporate designing a patch to better understand the code I am exploiting. Often times advisories and vulnerability reports are published focusing entirely on the exploit and little on the mitigation strategy. For newcomers to vulnerability disclosure: I hope this blog post demonstrates my “learn to make it; then break it” approach to security research. Reviewing lots of JavaScript code and my familiarity with the URL API allowed me to more easily recognise issues with Razer’s patch.

In addition, I have found success with suggesting patches to vendors when submitting vulnerability reports. Including concrete mitigation steps can reduce the time to resolution—and time to payout, for that matter, when reporting to bug bounty programmes. I find vendors are usually more receptive since the patch encapsulates an alternative approach to the current implementation on their affected product. This is something I regularly advise students in my workshops to do.

In the end, no matter how many hours you invest in refactoring code to resolve a security vulnerability, the simplest solution will always surface eventually.